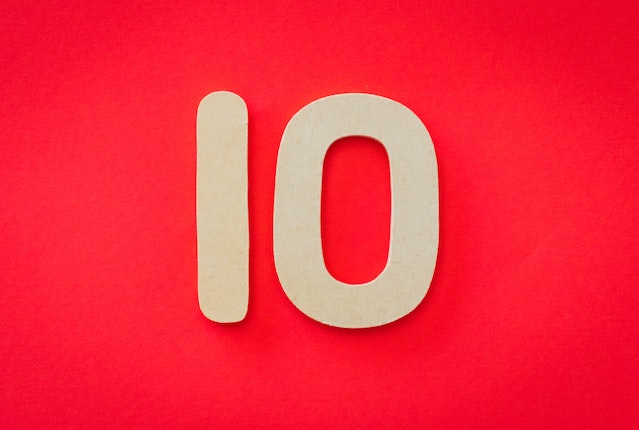 When searching for the right home insurance, sometimes the right choice is to follow the masses, where premiums can be lower from a larger customer base. Here is a list of the top 10 home insurance providers in the US!

The Allstate Corporation is an American insurance company, headquartered in Northfield Township, Illinois, near Northbrook since 1967. Founded in 1931 as part of Sears, Roebuck and Co., it was spun off in 1993 but still partially owned by Sears, until it became completely an independent company in June 1995. The company also has personal lines insurance operations in Canada.

Allstate is a large corporation, and with 2018 revenues of $39.8 billion it ranked 79th in the 2019 Fortune 500 list of the largest United States corporations by total revenue. Its long-running advertising campaign, in use since 1950, asks, “Are you in good hands?”, and the recognizable logo portrays a suburban-style dwelling cradled protectively in a pair of giant human hands.

The United Services Automobile Association (USAA) is a San Antonio-based Fortune 500 diversified financial services group of companies including a Texas Department of Insurance-regulated reciprocal inter-insurance exchange and subsidiaries offering banking, investing, and insurance to people and families who serve, or served, in the United States Armed Forces. At the end of 2020, it had more than 13 million members.

The Travelers Companies, Inc., commonly known as Travelers, is an American insurance company. It is the second-largest writer of U.S. commercial property casualty insurance, and the sixth-largest writer of U.S. personal insurance through independent agents. Travelers is incorporated in Minnesota, with headquarters in New York City, and its largest office in Hartford, Connecticut. It has been a component of the Dow Jones Industrial Average since June 8, 2009.

The company has field offices in every U.S. state, plus operations in the United Kingdom, Ireland, Singapore, China, Canada, and Brazil. Travelers ranked No. 98 in the 2021 Fortune 500 list of the largest United States corporations with total revenue of $32 billion.

Nationwide Mutual Insurance Company and affiliated companies, commonly shortened to Nationwide, is a group of large U.S. insurance and financial services companies based in Columbus, Ohio. The company also operates regional headquarters in Scottsdale, Arizona; Des Moines, Iowa and San Antonio, Texas. Nationwide currently has approximately 25,391 employees, and is ranked No. 80 in the 2022 Fortune 500 list. Nationwide is currently ranked No. 21 in Fortune’s “100 Best Companies to Work For”.

Nationwide Financial Services (NFS), a component of the group, was partially floated on the New York Stock Exchange prior to being repurchased by Nationwide Mutual in 2009. It had owned the majority of NFS common stock since it had gone public in 1997.

In 2018, the group had $174 billion in assets, $30.8 billion of gross written premiums and approximately 31,000 employees. Chubb trades on the NYSE and is a component of the S&P 500 index. Its core operating insurance companies are rated “AA” (Very Strong) for financial strength by Standard & Poor’s and “A++” (Superior) by A. M. Best with stable outlooks from both agencies. Fitch rates Chubb Limited and its subsidiaries “AA” (Very Strong) for financial strength, “AA-” for issuer default and “A+” for senior debt. Moody’s rates the U.S. companies “A1” and the unsecured loan notes “A3”.

American Family Insurance, also abbreviated as AmFam, is an American private mutual company that focuses on property, casualty, and auto insurance, and also offers commercial insurance, life, health, and homeowners coverage as well as investment and retirement-planning products. A Fortune 500 company, its revenues were over $9.5 billion in 2017.

The Progressive Corporation is an American insurance company, the third largest insurance carrier and the No. 1 commercial auto insurer in the United States. The company was co-founded in 1937 by Jack Green and Joseph M. Lewis, and is headquartered in Mayfield Village, Ohio. The company insures passenger vehicles, motorcycles, RVs, trailers, boats, PWC, and commercial vehicles. Progressive also provides home, life, pet, and other insurance through select companies. Progressive has expanded internationally as well, offering auto insurance in Australia.

The company is ranked No. 74 on the 2021 Fortune 500 list of the top American corporations.

Erie Insurance, based in Erie, Pennsylvania, is a property and casualty insurance company offering auto, home, business and life insurance through a network of independent insurance agents. As of 2021, Erie Insurance Group is ranked 347th on the 2021 Fortune 500 list of largest American corporations, based on total revenue for the 2020 fiscal year.

Rated A+ (Superior) by A.M. Best, ERIE has more than 6 million policies in force and operates in 12 states and the District of Columbia, including Illinois, Indiana, Kentucky, Maryland, New York, North Carolina, Ohio, Pennsylvania, Tennessee, Virginia, West Virginia and Wisconsin.

Auto-Owners Insurance Group is a mutual insurance company that provides life, home, car, and business insurance. Their policies are sold exclusively through local, independent insurance agents within their 26 operating states.